Posted by on 7/3/2018 to News
As discussed in the previous riveting[1] article, there are really two main pulley “types”. See "What is a pulley?" for more info.
The most commonly seen in your day-to-day is the pulley system used to move objects from one place to another, typically in block-and-tackle format and using a rope or wire that is pulled. For example, if you've ever gone zip lining, you might have been using a system sort of like that. 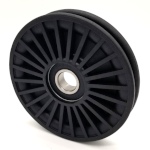 We have a few idler pulley options specifically designed ropes or cables. Item 349000 (pictured above) in particular is a favorite zipline manufacturer.

Phoenix’ array of pulleys are primarily used for power transmission. Which means that rather than moving objects, they are designed to move power from one place to another.

When you have a motor over here

And you want to spin a blade over here… 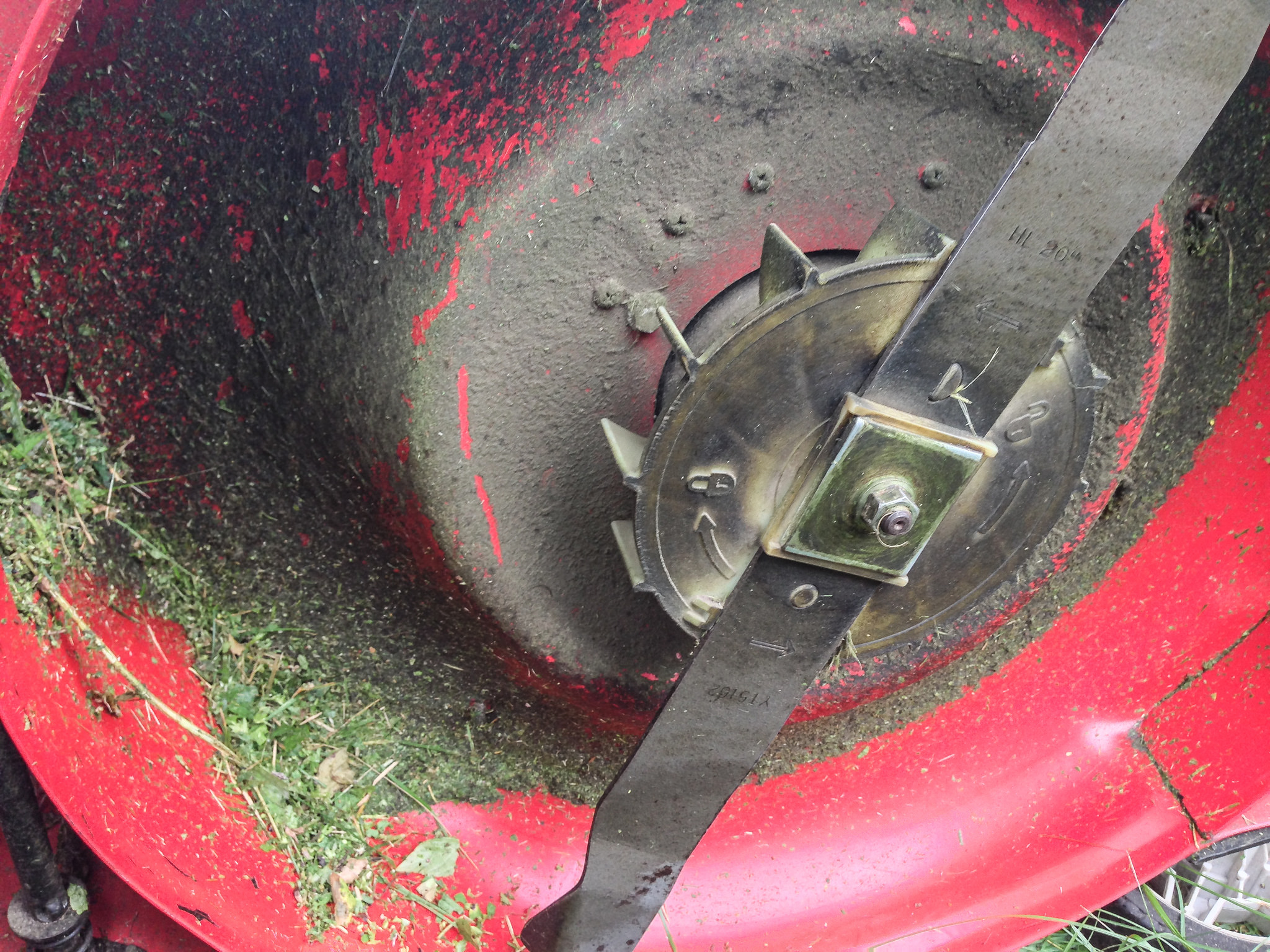 You use a combination of drive pulleys, v-belts, and v-groove idler pulleys to increase and spread that power around.

Drive pulleys specifically are how you make this possible. With other pulleys, the circle of the pulley turns around a bolt or housing that remains still, typically with a bearing in the center. A drive pulley is designed to spin with a shaft. They take the power from that motor spinning that shaft and transfer it to other pulleys through the shared belt. Changing the drive pulley size will alter the output of the machine, by either increasing the torque (the amount of force or "strength" being output), or increasing the speed.

Now hold on, you might be complaining, "My Husqvarna mower’s only got one motor, and my lawnmower tractor doesn’t ONLY spin blades. I also use it to chase the dog around in the backyard!"[2]

When you “engage” your mower deck, what you are doing is lowering the blades closer to the ground[3] and simultaneously pressing that backside idler or tensioner into the belt. Nothing (alive and sentient or dead and inanimate), likes tension, so rather than stretching, the belt will seat itself further into the grooves of v-groove pulleys. The deeper and tighter into the groove, the less power is lost during transmission.

Power Loss, why? Even with the best pulleys on the planet being used, no transmission of power is without some loss. You can reduce the loss by carefully measuring your pulley during the replacement process, and trust in the engineers who originally designed your machine.

That sounds pretty useful, I must say. Why aren't they more common?

That's the trick, they are EXTREMELY common. However, you rarely see power transmission pulley systems out in the open, they're usually parts of the engine or the mower deck or otherwise hidden away.

Next time you use your bicycle, consider taking a good long look at the "gears." Tell you a secret, but shhh: Those aren't really gears! Those are sprockets. What's the difference? Tune in soon!

[1] A rivet is pretty much an inclined plane and a wedge if you wanted to break it down into simple machine terms, which is a really cool trick at parties if you’re looking for tips. It is very good at keeping pulleys such as [John Deere AM105649] together, but maybe not so great at preventing the Titanic from sinking… In case you were worried, yes there were lots of pulleys on the Titanic. No, none of them were sold by us.

[2] NOT recommended, but certainly safer with your mower deck off. There have definitely been some odd lawn mower-related injuries, though, so be careful!

[3] Choosing the right cut height for your mower is fraught with controversy, it turns out. It depends a lot on the climate in your area as well as the type of grass you’re cutting. The general rule of thumb is that grass between 3 and 4 inches high is going to require fewer cuts